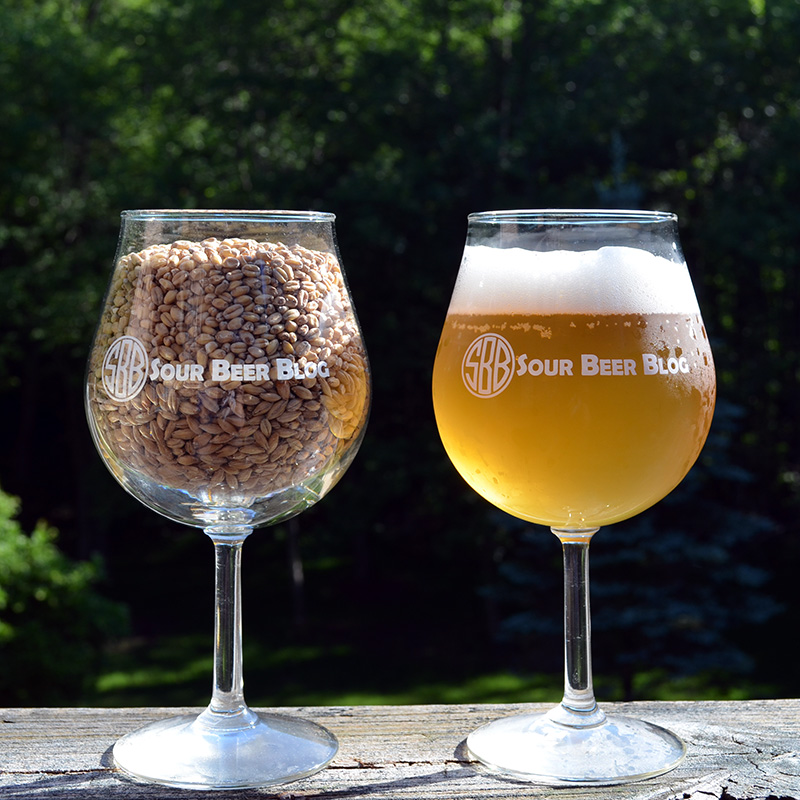 Berliner Weisse:
Low in alcohol, refreshingly tart, and often served with a flavored syrup like Woodruff or raspberry, the Berliner-style Weisse presents a harmony between yeast and lactic acid. These beers are very pale in color, and may be cloudy as they are often unfiltered. Hops are not a feature of this style, but these beers often do showcase esters. Traditional versions often showcase Brettanomyces yeast. Growing in popularity in the U.S., where many brewers are now adding traditional and exotic fruits to the recipe, resulting in flavorful finishes with striking, colorful hues. These beers are incredible when pairing. Bitterness, alcohol and residual sugar are very low, allowing the beer’s acidity, white bread and graham cracker malt flavors to shine. Carbonation is very high, adding to the refreshment factor this style delivers. Many examples of this style contain no hops and thus no bitterness at all.

This is one of the easiest and fastest beers to brew and does not require boiling and very little equipment.

This version of the recipe is for a 2.5 gallon/9.46L batch (size of a small keg). To convert it to another size simply maintain approximately just over one pound/0.45KG of DME (dry malt extract) per gallon/3.78L of water.  A probiotic drink is used to induce lactobacillus bacteria to the wort. This strain of bacteria produces a pleasing sour taste and can be killed off when desired souring has occurred via near boiling tempters. The bacteria thrives at 90 – 100F / 32-37C

Note: anytime you are working with wort below 160F, sanitization is important. The wort may pick up airborne bacteria when in contact with non sanitized items and become contaminated when cooler then 160F. All items in contact with cooled wort need to be sanitized with something such as star san.

Within  1-2 days your wort will become very active and after 8-12 days your fermentation will be complete and you can bottle with priming sugar or keg to force carbonate.

If kegging, fresh or frozen fruit can be added to a hop basket to flavor the beer. 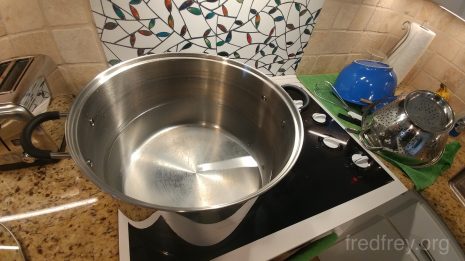 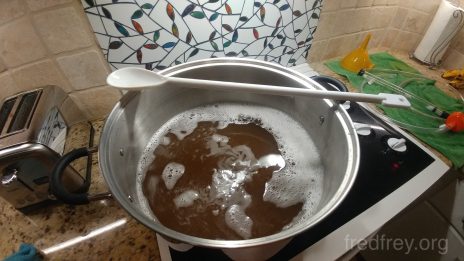 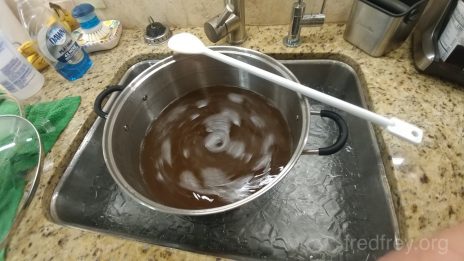 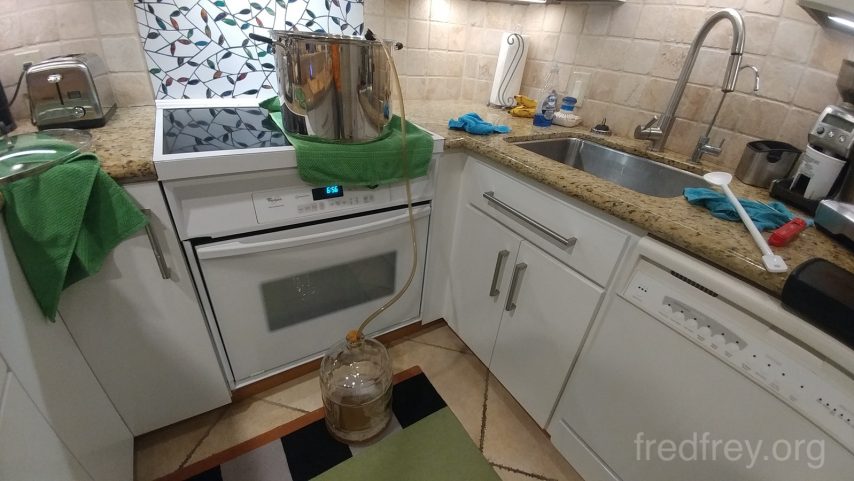 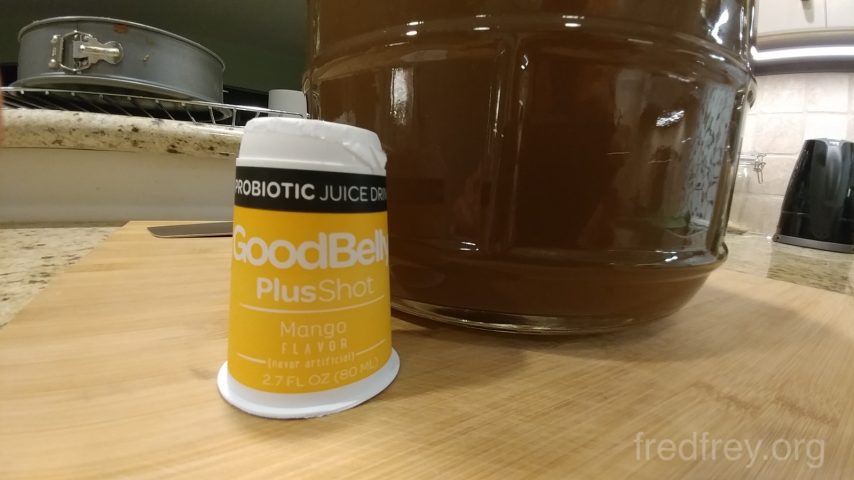 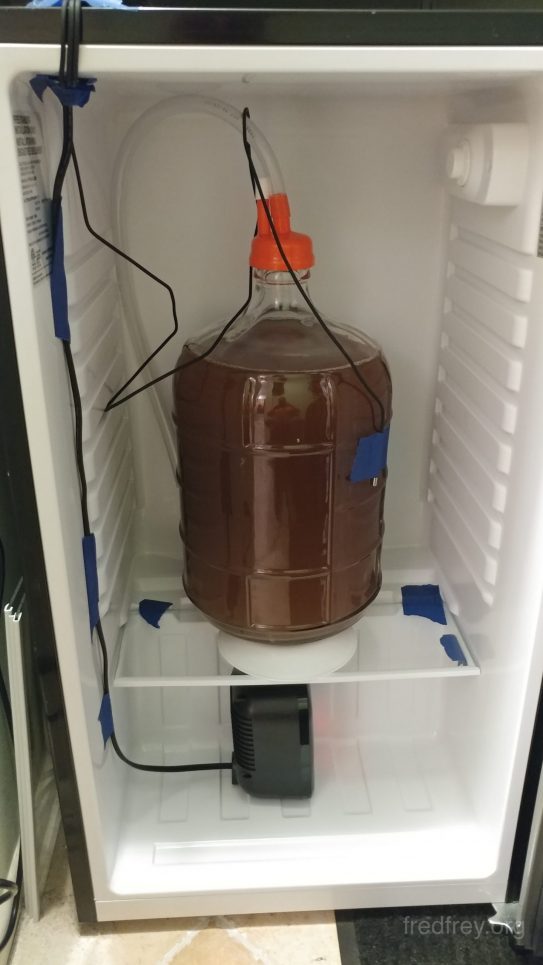 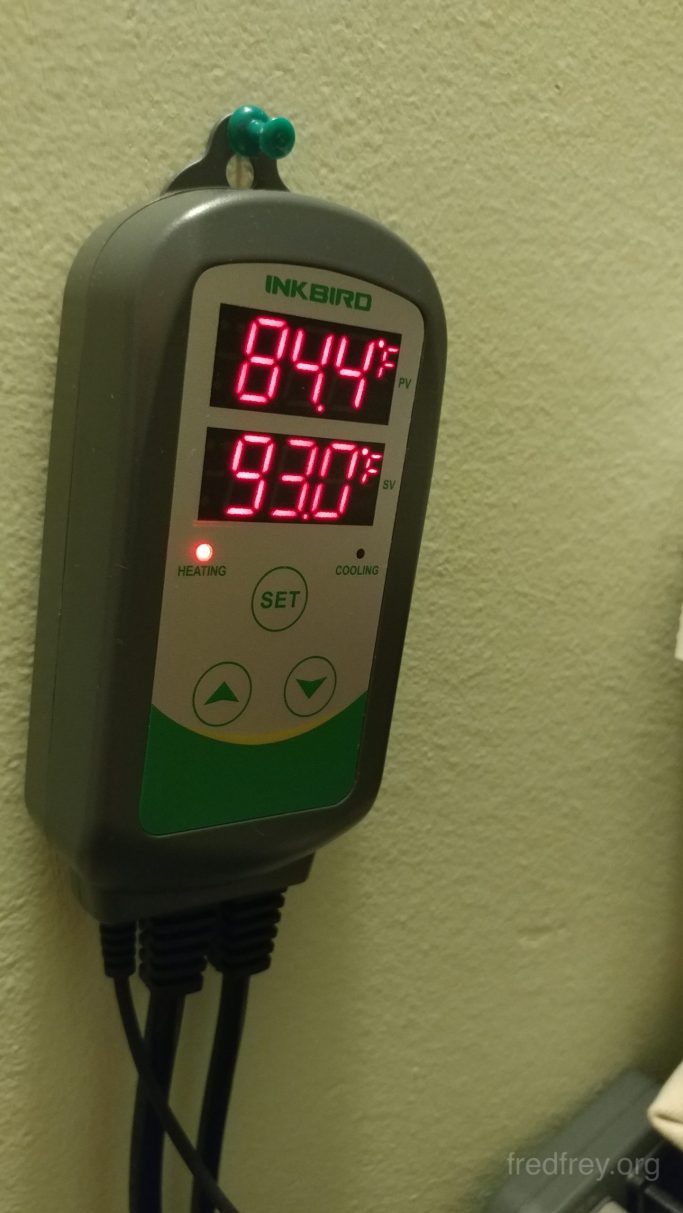 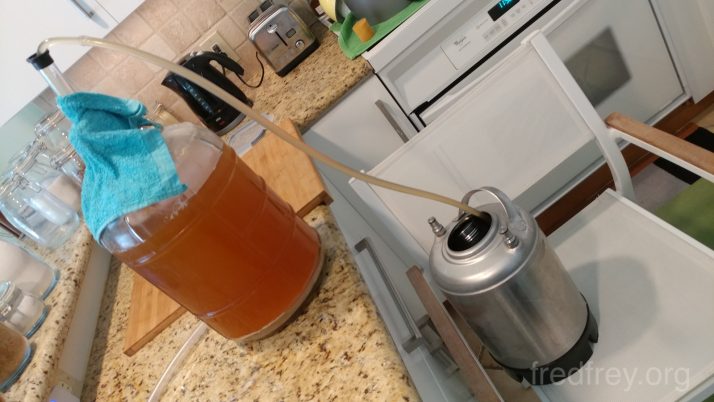 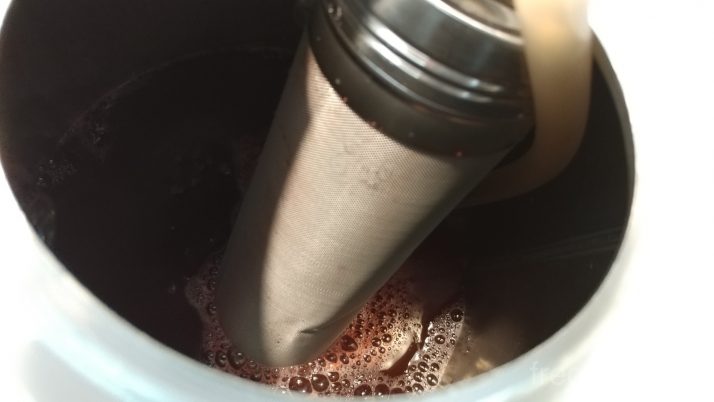 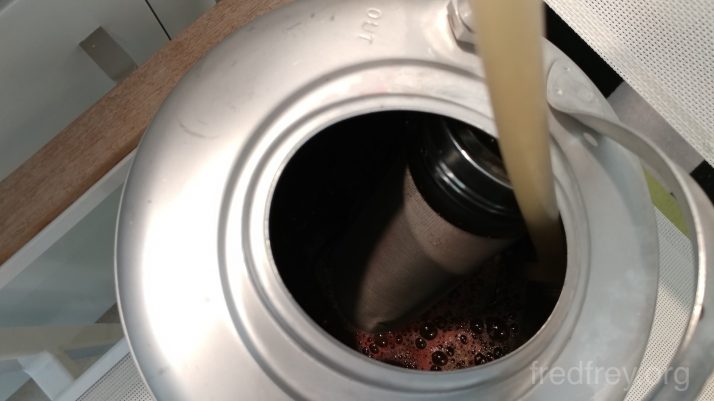 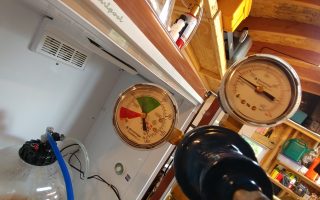 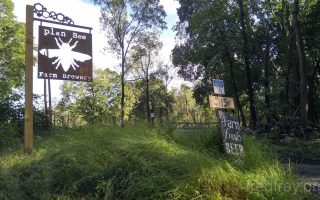 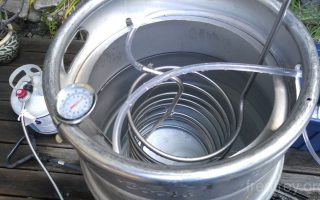